Homeopathy and plant essences reflect a universal energy that is very sacred. They are both Spirit Medicines that heal the very deepest of wounds.

All these essences come from the southwest corner of the Northern Aegean Island of Lesbos in and around the village of Skala Eressou. It lies near the mouth of the Hallandra River, which has created an astonishingly beautiful beach from the kaleidoscopic colored sands it brings down from the mountains and the buried 28 million yea old petrified trees found only on this corner of the island. 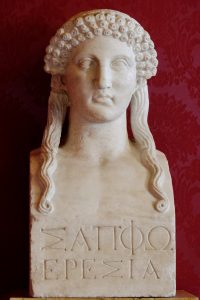 This village has a very ancient story. There are archeological ruins all over the area, many unexplored. This is the birthplace of the lyric poet Sappho, 600-570 BCE. It is thought her school was on the giant hill called the “Vigla”, overlooking the

harbor. The harbor was strategically important as a stopping place on the trade route to Anatolia, Troy, Ports on the Black Sea and the Bosporus. There were no roads and the only mode of communication was by sea. 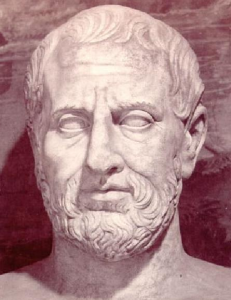 Also in Eressos was the School of Theophrastus 372-287 BCE. He is known as the Father of Botany. His two books, On the History of Plant and On the Causes of Plants were the botanical bible for 1800 years. (Hahnemann read them both). His school was at the other end of the beach from the Vigla under the shadow of what is referred to as Sappho’s profile. There was a time when the village became a target 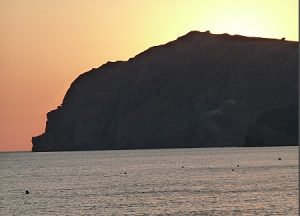 for pirates, so the inhabitants established a second village of the same name, in the mountains, that was easier to defend. Only the fishermen and traders used the lower village. It was re-inhabited in the last century and called Skala Eressou. Skala means “ladder” or the steps used to get down into the boats. Now the village in the mountains is the winter abode and in the summer they move back down to the river valley where the soil is so fertile. (Electricity came to the island in 1954.) They still fish, herd their sheep, make feta and yogurt, grow olives and figs along with the rest of their food. These days they also greet the lucky tourists who find their way here. I was a part-time resident here for just short of 20 years.

I was using the Bach Flower Essences for five years before I became a homeopath, and all through my 30 years of practice. I found the Greek Essences enriched the healing potential of my practice even more, finding that both modalities are very
compatible, one supporting the other. I made my first flower essence from the vibrant scarlet poppy that blankets the land every spring. They are so “in your face” that they were begging to be noticed and

listened to. The second one, was the wild staphysagria as I was so amazed to see the wild version of a homeopathic remedy I had used so much over the years in my practice. 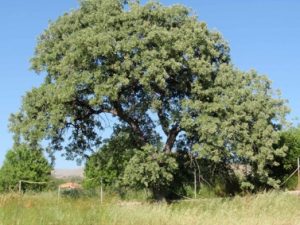 Then I am not exactly sure what happened, but the trees came thundering into my consciousness. I saw them in a new light. The Valonia Oak, only a few feet from my house, became my guide, and I learned to listen to the trees asking me to make their

medicine known. I was led to make essences from 20 trees which formed a circle and became a path for energy moving up through our bodies and back down again. (Please read the Introduction to the Tree Essences). It took 5 years to complete. All the flowers and trees I made are from within a few
kilometers of my house, which is outside the village overlooking the sea, in a field surrounded by trees and flowers.

Read more about the Tree Essences, The Harmony Essences, and The Starshine Astrology Essences.